Cocaine is a powerful and highly addictive drug.  Cocaine acts in the deep areas of the brain and gives users a feeling of “reward” from highly pleasurable behaviors.  Cocaine effects the brain by increasing dopamine release. Dopamine is a neurotransmitter that plays a role in the brain registering positive feelings. 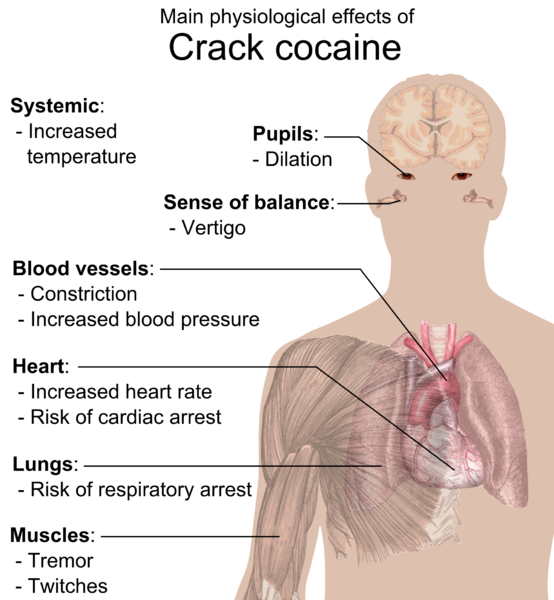 Cocaine produces its powerful high by acting on the brain. But as cocaine travels through the blood, it affects the whole body.

Cocaine is responsible for more U.S. emergency room visits than any other illegal drug. Cocaine harms the brain, heart, blood vessels, and lungs — and can even cause sudden death. Here’s what happens in the body:

Withdrawal from cocaine is more psychological than physical.

Cocaine withdrawal is rarely medically serious. In certain people, withdrawal from cocaine may cause thoughts of suicide. If you have a problem quitting cocaine it is important to get the help you need.

Overdose from cocaine can result in:

The risk of overdose is compounded when cocaine is used in conjunction with other dangerous substances like alcohol or other drugs. The combination of cocaine and heroin is particularly deadly. Known as a speedball—this mixture creates a serious risk of overdose.

This site uses Akismet to reduce spam. Learn how your comment data is processed.