It is interesting to know that a lack of sleep may cause you to gain weight.

If you’re feeling sleepy at work, you may be tempted to reach for a cup of coffee (or several cups) and a sugary snack for a quick shot of energy. If you are tired you are also more likely to pick up take out food instead of making a more healthy home cooked meal. When it comes time to sleep you maybe to wound up from the day’s activities.

It’s a bad cycle that leads to sleep deprivation and it can sabotage your waistline and your health.

When you have sleep deprivation and are running on low energy, you may automatically go for a bag of potato chips or other comfort foods for a quick boost.  If you continue to fight off sleepiness, the result will be unwanted pounds as poor food choices coupled with lack of exercise helps to set the stage for obesity and further sleep loss.

Accumulating too much sleep debt will ultimately lead to your body crashing.  Not getting enough sleep is common and can even be talked about with pride. People tend to brag about an all-nighter, but there is a price to be paid for a lack of sleep.

There is definitely a connection between sleep and diet.  It’s not so much that if you sleep, you will lose weight, but if you are sleep-deprived, meaning that you are not sleeping through the night or getting good quality sleep, your metabolism will not function properly.

On average, we need about 7.5 hours of quality sleep per night, but if you are a five-hour sleeper and start to sleep for seven hours a night, you will start losing weight.  Exactly how lack of sleep affects our ability to lose weight has a lot to do with our nightly hormones.  The two hormones that are key in this process are ghrelin and leptin. Ghrelin is the ‘go’ hormone that lets you know when to eat, and when you are sleep-deprived, you have more ghrelin. Leptin is the hormone that tells you to stop eating, and when you are sleep deprived, you have less leptin.

You are eating more, plus your metabolism is slower when you are sleep-deprived.

What can be done about sleep deprivation?  You must look at how much you sleep vs. how well you sleep.   Individuals such as new moms may only get to sleep for a four-hour stretch. Then there are some people who get 7.5 hours of sleep that is poor quality due to pain or an underlying sleep disorder.

To combat sleep deprivation, one should avoid any caffeine in the afternoon because it will keep you in the lighter stages of sleep — which is related to poor sleep at night.  Exercise also helps improve sleep quality.  It is up in the air as to when is a good time to exercise as everybody is different and everything we do affects us differently.

Watch what you eat before bedtime.  Heavy, rich meals before bed can increase risk of heartburn which is a surefire way to keep you up all night.

If you are getting enough hours of sleep and still wake up feeling sleepy the next day you should consult with your doctor about seeing a sleep specialist. After conducting a thorough evaluation and sleep study, in which you are monitored while sleeping, the sleep specialist can help to identify any underlying problem. Together you can develop a treatment plan so that you get more high-quality sleep — and maybe even slim down.

When it comes to our health, stress and sleep are nearly identical and both can affect our cardiovascular health.

Benefits of getting enough sleep includes reduced levels of stress, and with that people can have better control of their blood pressure. Its also believed that sleep effects cholesterol levels, which plays a significant role in heart disease 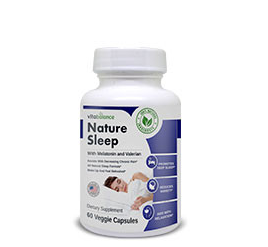 Benefits of getting enough sleep include an increase in concentration level among adults and especially children.  A lack of sleep may result in ADHD-like symptoms in kids.

Children do not react the same way to a lack of sleep compared to adults. “Whereas adults get sleepy, kids tend to get hyperactive.”

A 2009 study in the journal Pediatrics found that children ages seven and eight who got less than about eight hours of sleep a night were more likely to be hyperactive, inattentive, and impulsive.

While not getting enough sleep for children may cause them to be hyperactive, lowered concentration levels from a lack of sleep can prove to be fatal for adults.

The National Highway Traffic Safety Administration revealed in 2009 that not getting enough sleep resulted in the highest number of fatal crashes involving cars running off the road due to the driver’s performance—even more than alcohol.

A lack of sleep for just one night can be as detrimental to your driving ability as having an alcoholic drink.

Your mind can astonishingly busy while you are sleep. While resting you can strengthen memories or “practice” skills learned while you were awake through a process called consolidation.

“If you are trying to learn something, whether it’s physical or mental, you learn it to a certain point with practice.  The process of consolidation that happens while you sleep makes you learn it better.

In other words if you’re trying to learn something new—whether it’s a new language or a new basketball move, you will perform better after sleeping.

Benefits of getting enough sleep includes a creative mindset.

In addition to consolidating memories, or making them stronger, your brain appears to reorganize and restructure them, which may result in more creativity as well.

Researchers at Harvard University and Boston College found that people seem to strengthen the emotional components of a memory during sleep, which may help bring along the creative process.

If you’re an athlete, there may be one simple way to improve your performance: sleep.

Inflammation is linked to heart disease, stroke, diabetes, arthritis, and premature aging. Research indicates that people who get less sleep—six or fewer hours a night—suffer from higher blood levels of inflammatory proteins than those who get more.

A 2010 study found that C-reactive protein, which is linked to heart attack risk, was higher in people who got six or fewer hours of sleep a night.

People who have sleep apnea or insomnia can have an improvement in blood pressure and inflammation with treatment of the sleep disorder.

Children between the ages of 10 and 16 who have sleep disordered breathing, which includes snoring, sleep apnea, and other types of interrupted breathing during sleep, are more likely to have problems with attention and learning, according to a 2010 study in the journal Sleep. This will lead to “significant functional impairment at school,” the study authors wrote.

In another study, college students who didn’t get enough sleep had worse grades than those who did.

If you’re trying to meet a deadline, you may be willing to sacrifice sleep.  It is a severe and a reoccurring lack of sleep that impairs learning ability.

Too much or too little sleep is linked to a shorter lifespan—although it is not clear if it’s a cause or effect. (Illnesses may affect sleep patterns too.)

In a 2010 study of women ages 50 to 79, more deaths occurred in women who got less than five hours or more than six and a half hours of sleep per night.

“Many things that we take for granted are affected by sleep,” says Raymonde Jean, MD, director of sleep medicine and associate director of critical care at St. Luke’s-Roosevelt Hospital Center in New York City. “If you sleep better, you can certainly live better. It’s pretty clear.”